It's been a WHILE! I've grown a lot and make no claim that I still agree with some of the things I said 6+ years ago. :)

These days I am part of a community that is very open to touch and affection, where some physical closeness even between people who don't know each other well, is the default cultural expectation, which has been wonderful and relieving for me. I suppose I continue to be on the asexual spectrum, if I have to choose a definition... Though I mostly just don't think of myself as having a sexual orientation. I have occasionally been marginally "sexual" with people. I have relationships that I consider intimate and they are each unique. I had a counselor for a while who at one point asked me, "Are you in a relationship?" I said, "You mean like, a romantic relationship? No. ... I practice intimacy." That still feels more true to me than getting into something called "a relationship", and I feel there is room for deepening in my relating, and I still feel sad sometimes that my relationships even though they are important to me somehow have less legitimacy and visibility in the eyes of society, and it's an ongoing exploration and I get to grow and take risks at my own pace.

So, in this group that I am part of, and in at least one close relationship, where we have been exploring touch and talking about touch, I feel I will have to bring up more of how it is for me, and I want to articulate it more clearly to myself (and to all of you) first.

I feel some fear and shame bringing it up, as if I've done something wrong. It's widely accepted that to have "good" boundaries, you make a clear and clean distinction between "platonic" and "sexual" touch, and we're implicitly agreeing only to sharing "platonic" affectionate touch unless agreed otherwise.

I don't have those really clear boundaries; not even within myself. Is that wrong? Am I leaking some kind of creepy energy? There are several people that I would want to touch more intensely than I currently do, where I feel that I hold back because I sense they are not open to quite as much touch as would convey my feelings towards them. What am I talking about, and will I upset the established order?

This thing where people go from "platonic" to "sexual" is really confusing to me. It's like I never got the memo. It's just not how it occurs in my body. For me there aren't people over here, who I want to be sexual with, versus people over there, who I don't want to be sexual with. For me, it's all kind of sexual. We are luscious physical beings. The closer I feel to you, the more I will probably want to touch you. And the more of my surface area becomes available to you. 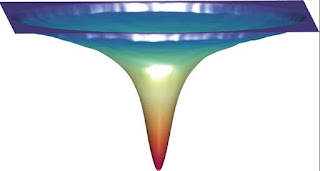 There isn't any threshold or line that I can clearly identify where something becomes "sexual". In my experience, there isn't a dychotomy of touch called "platonic" and "sexual", in which I can be engaging either one or the other. To me, it's a single thing at different intensities - and what differs is how much of myself am I bringing to the physical interaction: how much attention, presence, surrenderedness, trust, openness, love, flow, aliveness, feeling my whole body, mutual attunement, do I experience in our contact.

That is what is relevant to me, rather than the degree of nakedness and which body parts are involved.

My sexuality is sensual. I think for most people as they get more sexy with each other, there is at least some of the time a tension buildup and a desire to move towards some kind of resolution. Where I feel different and have often felt flawed is that I don't experience a need or desire for sexual "release"; I am not even sure what that feels like. What I like is essentially to make out and explore sensuality and connection and energy, for a looong time, without a goal, shifting direction many times, until at some point I feel done and satiated, and want to move on to something else. But preferably staying in sensual connection whatever space we are in. Really, much of my sexual need is already met simply by being touchy-feely and remaining physically open to each other in our everyday interactions.

I occupy a preferred position that is neither just a friend nor what most people want from a lover: when I get close to someone, I will predictably want to be more physical than "just" a platonic friend but less sexual than a sexual lover. I've been afraid of either being creepy on the one hand or disappointing (and disappointed) on the other. I have not yet felt fully empowered to own what I prefer, in all my relationships. It feels like it's not an easy conversation to have in one sitting because it seems to require a big preamble of turning the sexual paradigm we take for granted, on its head. Or its side.

My desire to be physical with someone has little to do with how they look or what sex they are. It has more to do with feeling resonance, attunement, trust, playfulness, ease, connection. Touch is also my preferred language for expression of love, and I feel pained when I can't touch the people I love, fully. Or I feel afraid that there is something fundamentally wrong or perverted or misleading or perhaps even abusive in my touch. It's a conflict I continue to live with and have not yet taken the steps to fully resolve.

That's all for now. This post does not end with a pretty bow on top.

Who can tell me what is true? Here's a radical idea: why not consider that each person can best report for themselves what it is they are experiencing and wanting - rather than assuming that existing paradigms are sufficient and accurate to describe all people, and that everyone must fit in.
For brevity's sake, a very rough approximation of my "orientation" would be "polyaffectionate pansensual asexual". That means: I don't know what it feels like to need sexual release. I'm not sure I've ever been "sexually" attracted. When I really like someone, I have urges to become good friends with them. I don't understand attraction to a class of people on the basis of their gender. I don't know why people want to form exclusive monogamous units of two. I don't understand why sex is so important in building relationships. I do appreciate sensuality, and enjoy being physically affectionate with people I love and feel close to.
The label above is just shorthand for the general area where I'm at - a starting point - and I want to be moving towards a place where categories are fluid and the way we look at human sexuality and what it means is radically reconsidered. Maybe even a world where the concept "sexual orientation" does not necessarily apply to everybody. And, I want to see if there are more people out there who can relate! So leave me a comment!

You can send me a message: Trix