Implied gender, and why I’m not “bisexual”

(Some more attempts at trying to explain myself to the heteronormative world...)

The fact that this happens to overlap with both contrasting and non-contrasting hues, is beside the point for me. I perceive people who are strongly based in a gendered identity, as more saturated, and less interesting. Maybe I also see more hues than just pink and blue. 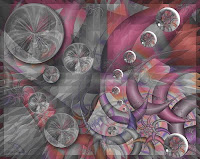 Who can tell me what is true? Here's a radical idea: why not consider that each person can best report for themselves what it is they are experiencing and wanting - rather than assuming that existing paradigms are sufficient and accurate to describe all people, and that everyone must fit in.
For brevity's sake, a very rough approximation of my "orientation" would be "polyaffectionate pansensual asexual". That means: I don't know what it feels like to need sexual release. I'm not sure I've ever been "sexually" attracted. When I really like someone, I have urges to become good friends with them. I don't understand attraction to a class of people on the basis of their gender. I don't know why people want to form exclusive monogamous units of two. I don't understand why sex is so important in building relationships. I do appreciate sensuality, and enjoy being physically affectionate with people I love and feel close to.
The label above is just shorthand for the general area where I'm at - a starting point - and I want to be moving towards a place where categories are fluid and the way we look at human sexuality and what it means is radically reconsidered. Maybe even a world where the concept "sexual orientation" does not necessarily apply to everybody. And, I want to see if there are more people out there who can relate! So leave me a comment!

You can send me a message: Trix